My book has been published, Routledge.

Drawing on interviews with a breadth of different showgirls, from shows in Paris, Las Vegas, Berlin, and Los Angeles, as well as her own artworks and those by other contemporary and historical artists, this book examines the experiences of showgirls and those who watch them, to challenge the narrowness of representations and discussions around what has been termed ‘sexualisation’ and ‘the gaze’. An account of the experience of being ‘looked at’, the book raises questions of how the showgirl is represented, the nature of the pleasure that she elicits and the suspicion that surrounds it, and what this means for feminism and the act of looking.

An embodied articulation of a new politics of looking, Viewing Pleasure and Being a Showgirl engages with the idea (reinforced by feminist critique) that images of women are linked to selling and that women’s bodies have been commodified in capitalist culture, raising the question of whether this enables particular bodies – those of glamorous women on display – to become scapegoats for our deeper anxieties about consumerism. 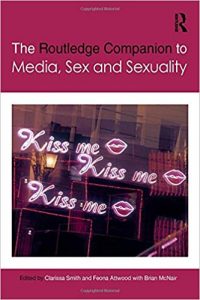 My review of a review of Yvonne Rainer’s Dance Works at Raven Row has been published in X-tra Art Quarterly.

My interview with Chris Kraus on her time as a hustle bar stripper in New York has been printed in PERSONA magazine eds. Melissa Gordon and Marina Vishmidt.